The Winter Blues, or SAD, lies on a continuum of depressive syndromes; there are always both physiological and psychological/emotional manifestations in the various forms of depression.

I suggest, in the article, that with an appropriate "toolkit", medical interventions from a GP. or psychiatrist, are often unnecessary. The existential understanding, derived from existential philosophy, that we are both 'cause and effect' is at the centre of approaching all 'problems of living'. Forms of depression from post-natal and reactive, moderate and atypical types, fall within this area. The exception to these are psychotic forms which do sometimes need psychiatric diagnosis and treatment.

I would go further to say that, the medicalisation of mental health problems can be unhelpful. With an understanding of natural supplements, self-reflection and sometimes psychotherapy, anti-depressants can be avoided. By using EFAs, serotonin supplementation and other metabolic aids, you can avoid taking pharmaceutical drugs which have side-effects and are not necessarily effective. Contact petersmith@yahoo.com for more information on supplements; Peter is writing a very helpful book that should be available in 2012.

Life changes fast, Life changes in the instant – reflections on the process of Bereavement

Collecting our thoughts after a bereavement is like running after butterflies.
And memories don’t seem to coalesce in any order: they proceed aimlessly, and often obsessively, in denial; something has happened that can never be remembered, as in most other representations of an event, a state of mind or mood, we have helpful resources to process a situation. Our cognitive capacity fails to encompass the reality that is beyond ourself. The problem solving mind is useless but grinds on in a ridiculous category error.

The writer,Joan Didion, lost her husband suddenly from cardiac arrest while he sat at the dinner table, and noticing his slump backwards, her first thought is that he "was making a failed joke", and then that he was choking. In this case, understandable. Yet she continued to think she should have been able to keep him alive after the event, until she realised from the autopsy report that the time of his death had been immediate, a fact that she had to avoid. Had she allowed him to die she wondered and what would have been necessary to keep him alive? She refers to this as omnipotent.

In a bereavement support group one of the members made a brunch for two on the first anniversary of her husband’s death. The memory of common events that punctuate a shared life are an example of how commemoration over time helps to transition the person between the old and new realities. But there is a fine line between wishing again to sit with the person, and enacting the old as though nothing has changed. Didion says in her book, A year of Magical Thinking, that she was constantly aware of her double-speak. Frightened, she turned to a vital self-interrogation of this thinking.

Who do we turn to for the nourishment provided by that particular relationship? Almost immediately, the bereaved is occupied with a search. Denial, the first stage in Kubler Ross’s Five Stages of Grief, leads to this impulse to immediately replace the sense of fulfilment that came from the relationship which is now gone. Dreams that do not, through the drama imagined, quite reach their aim, may reveal however, what is needed so urgently and show us that denial can never be completely successful.

Blown sky high where in the world will I land after the accident? We are an accident of birth, and death too is accidental, unplanned. Cognitively, we are searching to ground our identities after a bereavement and it isn’t surprising if this involves some false attempts, such as "magical thinking", the inaccurate belief that one’s thoughts, words or actions will cause or prevent a specific outcome.

It seems quite likely that the emotional attachment being suddenly severed between self and loved one, the mind too is directionless, having lost the sense of connection and aim that was previously laid down by countless experiences and enlarged our sense of self. The realistic relationship between cause and effect falters in magical thinking, and echoes this loss of purpose.

For a while after the death of a loved one, there is a huge task of orienting oneself to reality when in fact we feel utterly disorientated, as if lost in a barren landscape with a map that is out of date. The next three stages of grieving are, in the schema given by Kubler-Ross, anger, bargaining and depression. You can only come fully back to life without the lost person by finding your own reactions to these states of mind and emotions. Everyone grieves differently; you may be angry with the lost person or with other members of the family and this will differ from bereaved person to person. Each state has an outcome which moves the grieving process on. With anger there is ability to feel again after shock and numbness, and to find moments of physical and emotional catharsis – letting go – a beginning of a lengthy but not interminable path.

Bargaining may be a way of dealing with the pain in manageable steps; I will take one sack of clothes to the charity shop but I must keep the shoes (in case he/she needs them when they walk back into your life). Depression is a chance to take back into yourself the valuable experiences which you had through your relationship so that inner emptiness is not total, and the sense of abandonment can be worked through. There is an urgent need to work through feelings of guilt that may underlie depression, and it can be a point at which some people may become stuck in their grieving process, especially if the relationship contained elements of ambivalence. The tasks are making peace with the person in their absence, and regaining a valued sense of self, by holding onto the benefits of their influence and memory, as they were to us within ourselves. This way we can enlarge our sense of self by being changed by what we have learnt from them, rather than find that we are unprotected or diminished.

And how long does it take to restructure identity and find oneself congruent within a changed environment? For partners it can take from three to five years, the second year being the most difficult as the anniversaries of birthdays and important events are no longer marked by what occurred last year. Christopher Bollas talks about the Shadow of the Object, the title of a book on relational psychotherapy. He compares being in a mood to a former state of being that is necessary for self experiencing. In grief as described by C.S. Lewis in A Grief Observed, the mood state takes over and we feel as though there is a veil between ourself and the outside world. The sense of the former self, before the loss, continues for quite some time before we are ready to leave this self behind. This has various effects like feeling fear, as though we might have to leave this state of being too quickly, or laziness, of the kind where only continuing with essential tasks can be achieved and everything else seems too onerous or unnecessary. Ways of spending time that we enjoyed become uninteresting as we are transfixed by the now precious memories of how we experienced the lost relationship.

Unpredictable as it will be, there emerges a new state of being after having wrestled with so many emotional tasks. The last stage left is for re-organisation and acceptance of a new reality. Didion, a writer, was able to both immerse herself in the creative activity of her profession, and the emotional working through of her loss, in writing her book. She reflects on this, too, in her book with a quote from Ogden, a psycho-analyst who suggests that successful mourning involves a demand for the individual to create something - whether it be a memory, a dream, a story, a poem. "Paradoxically, in this process, one is enlivened by the experience of loss and death, even when what is given up, or taken from one, is an aspect of oneself."

After a year, when she is able to work again, she has found some acceptance of a new reality when she says, "I know why we try to keep the dead alive: we try to keep them alive to keep them with us. I also know that if we are to live ourselves, there comes a point at which we must relinquish the dead, let them go, keep them dead".

The work on memory of the person lost can be a creative process in itself, transforming to our sense of self; we can learn to nurture our own version of the qualities that we depended on from them. Acceptance of their death may be easier if we manage this grief-work.

Acceptance is also the need to manage the ongoing sadness of the changed horizon. 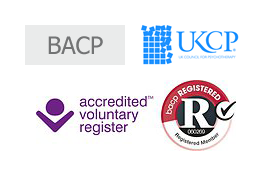 ©2022 Anne Cussins is powered by WebHealer
Cookies are set by this site. To decline them or find out more visit our cookie page